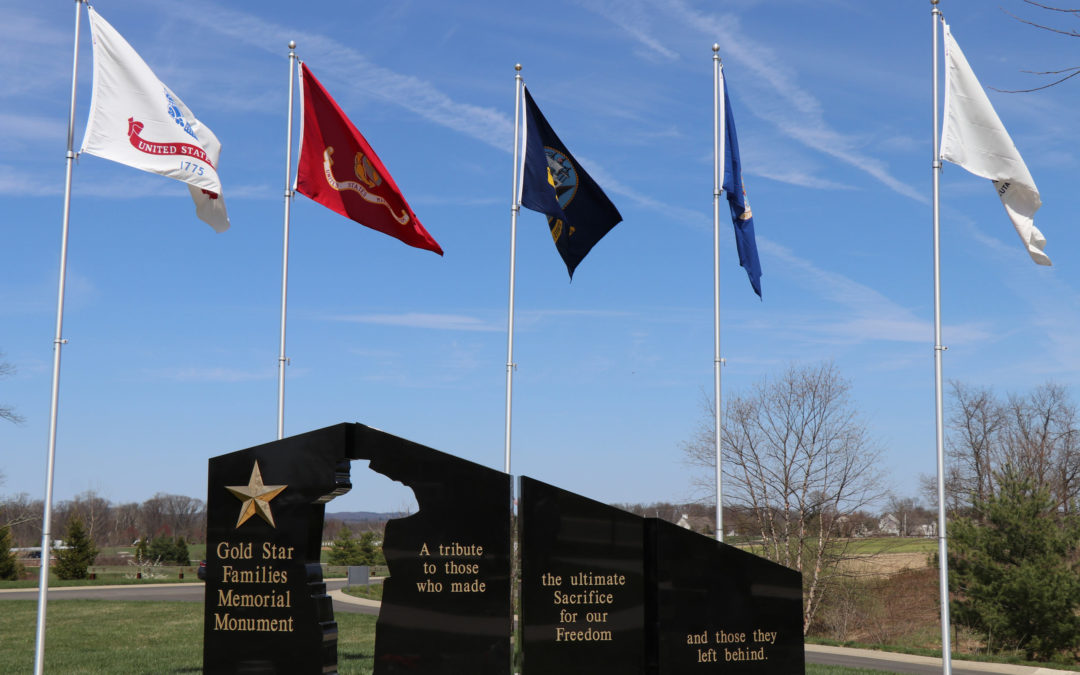 To date, Woody and his foundation are responsible for establishing 62 Gold Star Families Memorial Monuments across the United States with more underway. The original Gold Star Families Memorial Monument was designed by Woody Williams and the first such monument was dedicated in his home state of West Virginia in 2013. Read more about Woody and his foundation at hwwmohf.org

On June 9, 2018, at Washington Crossing National Cemetery the first Gold Star Families Memorial Monument placed in a national cemetery in our nation was dedicated. This monument was made possible by a local group of dedicated patriots.

This Gold Star Families Memorial Monument is the first to be dedicated in a National Veterans Cemetery in the U.S. and is also unique due to the area’s historic connection to Washington’s Crossing of the Delaware River and the Revolutionary War. 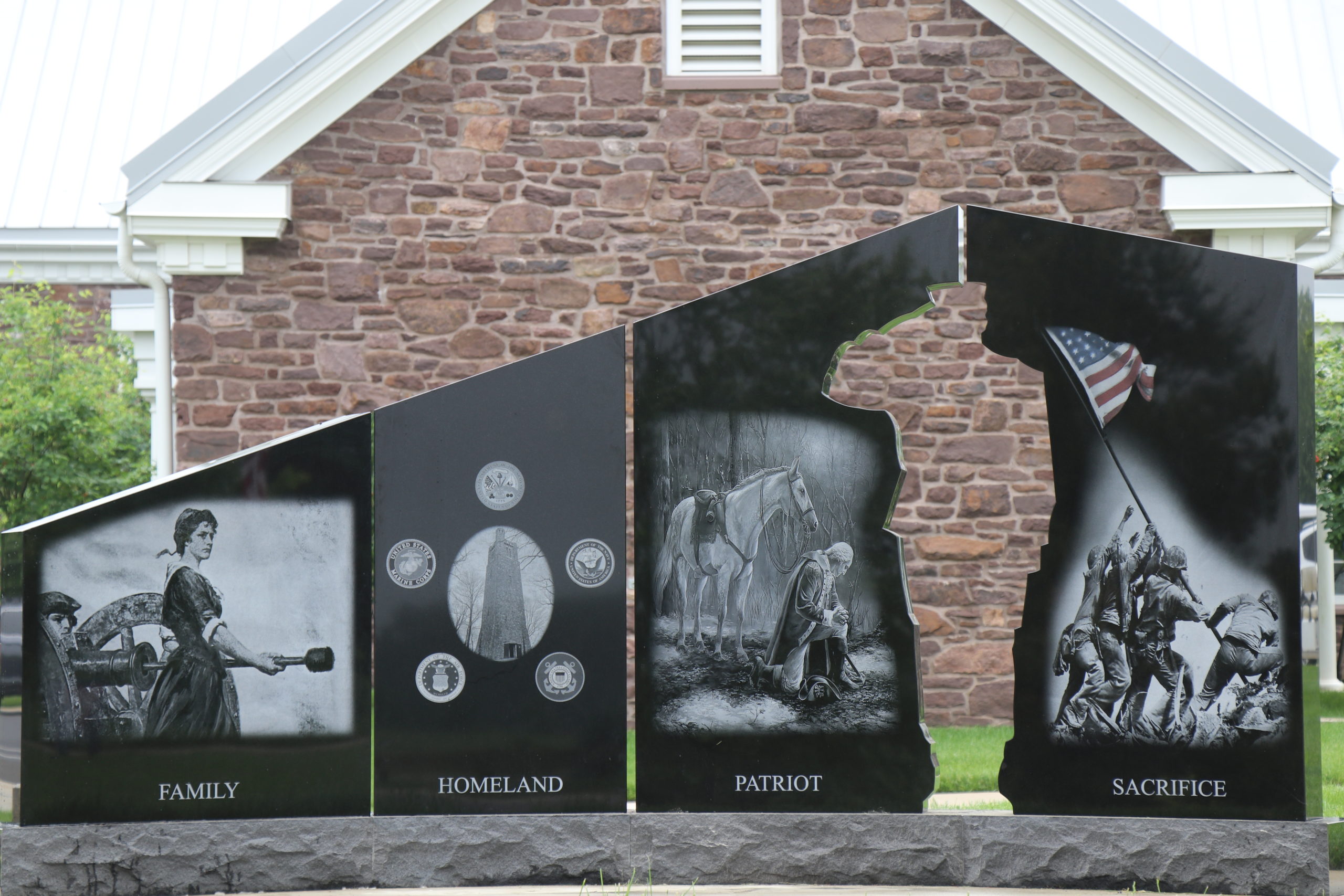 The monument;
On the side of the monument facing the administration building the silhouette of a saluting soldier represents the missing or fallen service member who made the ultimate sacrifice for our Nation.
That veteran is standing at attention and saluting the flag of our United States of America directly ahead.
The wording – “Gold Star Families Memorial Monument – a tribute to those who made the ultimate sacrifice for our Freedom and those they left behind”, is a heart-felt expression of the loss felt by many; family, loved ones, friends.

The four panels on the opposite side are equally meaningful;
FAMILY – This panel depicts “Molly Pitcher”, one of our Nation’s very first Gold Star spouses who bravely joined the combat when her soldier husband was seriously wounded in battle.
HOMELAND – Depicted here is Bowman’s Tower, a Bucks County landmark originally built in 1930 in Washington Crossing Historic Park as a memorial to Revolutionary War soldiers who had fought in the area.
PATRIOT – General George Washington’s Prayer at Valley Forge. There was no greater patriot than George Washington and he reminds us of the need for and power of prayer.
SACRIFICE – The historic picture of the flag raising on Iwo Jima reminds us that victories in war are achieved only after great sacrifice—’Freedom is Not Free’.

The placement of this monument is a significant accomplishment of the Committee Members; Greg Cary, John and Bernadette Heenan, as well as our hard-working volunteers; Robert “Bob” Craven, Sherri R. Jones, Allan Coorless, Thackray Cranes, International Union of Operating Engineers Local 542, Jason Bailey and his Team, Maureen Hickey Gene Hamilton and the Washington Crossing Honor Guard of the Guardians.

And most especially, the following financial donors; John and Bernadette Heenan, Steve Cordasco, Joseph P. Heenan Family Foundation, Manning and Ginny Smith, PECO and the Guardians of the National Cemetery.